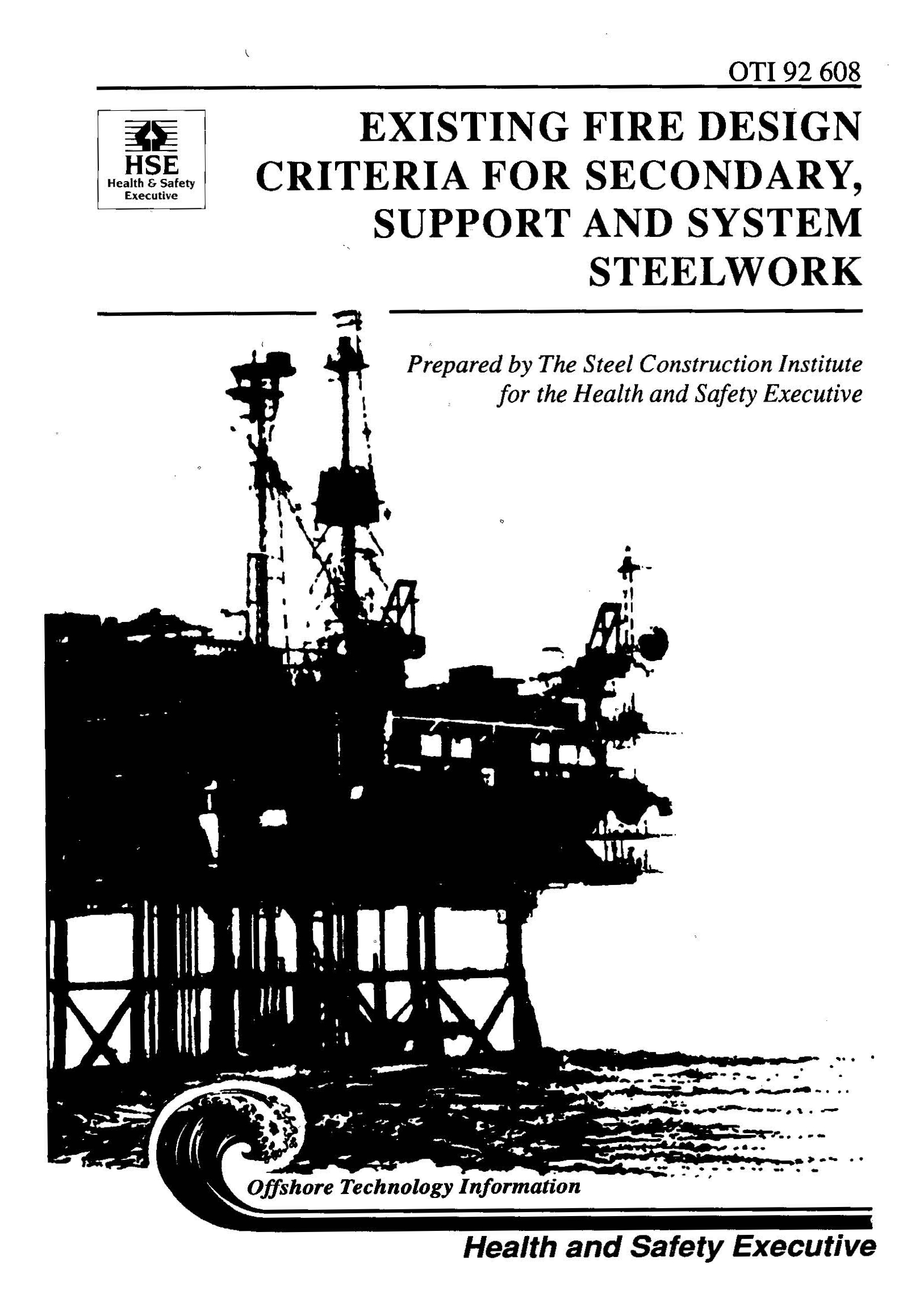 This reports reviews the available information on the design of secondary steelwork when subjected to fire. During the preparation of this report, little information was identified which directly related to fire design criteria for secondary support and system steelwork. The reader is advised to refer, for additional general information, to the technical report on the package FR2 which details fire design criteria for primary steelwork.

Fire-resistant strategies should be considered for secondary steelwork since its failure could lead to the escalation of an incident, the loss of control/fire fighting systems and the destruction of escape or evacuation routes.

The potential consequences of secondary steelwork failure are:

The work reported in this document has revealed that, almost without exception, secondary steelwork has not previously been designed to withstand fire loads, although the following areas have been considered in the past:

It is possible to increase the fire performance of secondary steelwork in key areas by making use of Materials with enhanced fire-resistant, durability and corrosion properties.

The full report is publicly available from the HSE Website at www.hse.gov.uk/research/otipdf/oti92608.pdf.