Statistics, lessons learnt and recommendations from the analysis of HIAD database 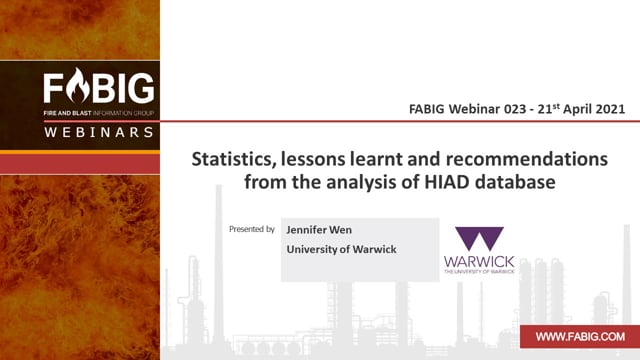 The Hydrogen Incidents and Accidents Database (HIAD) is an international open communication platform collecting systematic data on hydrogen-related undesired events (incidents or accidents), which was initially developed in the frame of HySafe, an EC co-funded Network of Excellence in the 6th Framework Programme by the Joint Research Centre of the European Commission (EC-JRC). It was updated by JRC as HIAD 2.0 in 2016 with the support of the Fuel Cells and Hydrogen 2 Joint Undertaking (FCH 2 JU). Since the launch of the European Hydrogen Safety Panel (EHSP) initiative in 2017 by FCH 2 JU, the EHSP has worked closely with JRC to upload additional/new events to HAID 2.0 and analyze them to gather statistics, lessons learnt and recommendations through Task Force TF3.

The first report to summarise the findings of the analysis was published by FCH 2 JU in September 2019. Subsequently, the EHSP and JRC have continuously worked together to enlarge HAID 2.0 with newly occurred events as well as quality historic events which were not previously uploaded to HIAD 2.0. This has facilitated the number of validated events in HAID 2.0 to increase from 272 in 2018 to currently 566, and the overall quality of the published events has also been improved whenever possible. Recently, EHSP has analysed the lessons learnt and recommendation from the newly added events which were consolidated before July 2020 and conducted statistics analysis. While an updated report is being prepared by EHSP based on this analysis, this presentation summarises the key findings.