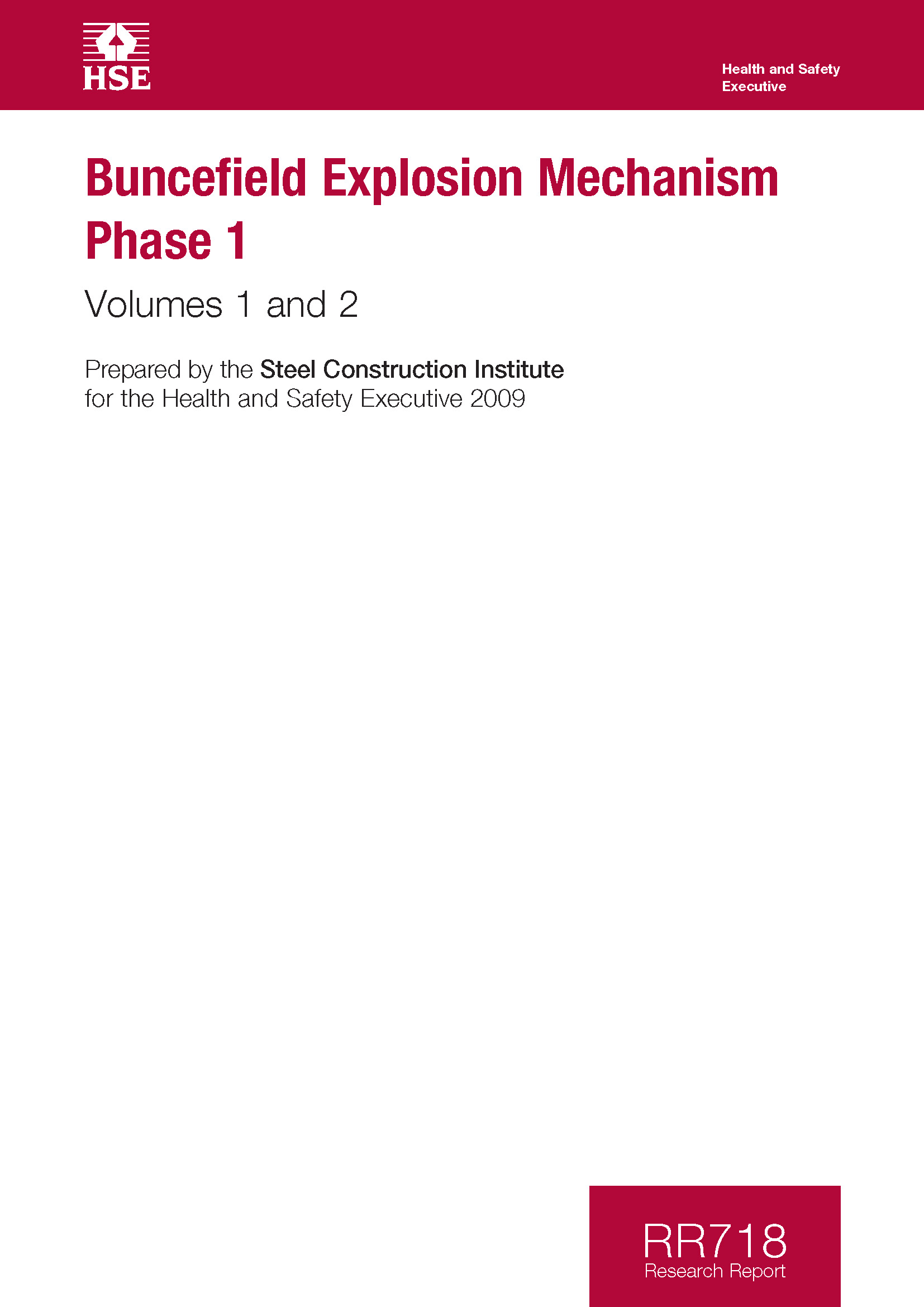 The Buncefield explosion (11 December 2005) resulted in tremendous damage to the outlying area and huge fires involving 23 large oil fuel tanks. One important aspect of the incident was the severity of the explosion, which would not have been anticipated in any major hazard assessment of the oil storage depot before the incident. The Buncefield Major Incident Investigation Board (MIIB) invited explosion experts from academia and industry to form an Advisory Group to advise on the work that would be required to explain the severity of the Buncefield explosion. This MIIB Advisory Group carried out a preliminary assessment of the forensic evidence obtained following the incident and of the results of experiments carried out by the Health and Safety Laboratory (HSL). The objectives of this assessment were:

The Advisory Group attempted to explain the explosion event at Buncefield using deflagration, detonation or a combination of both. It also examined other possible means of flame acceleration. However, it was not possible to identify a single scenario that could explain all aspects within the time available. The Advisory Group therefore recommended that a joint industry research project be initiated that would, in its first phase, have the objectives of completing the assessment started by the Advisory Group and, on the basis of this, of defining the requirements for further research. The research undertaken, both experimental and theoretical, and has led to a better understanding of likely explosion mechanisms and explanation of the observed damage.

This report and the work it describes were jointly funded by the Health and Safety Executive (HSE), the UK Petroleum Industry Association (UKPIA), the Ministry of Housing of the Environment and Spatial Planning (The Netherlands), StatoilHydro and the Energy Institute. Its contents, including any opinions and/or conclusions expressed, are those of the authors alone and do not necessarily reflect HSE policy.

The full report is publicly available from the HSE Website at www.hse.gov.uk/research/rrhtm/rr718.htm.