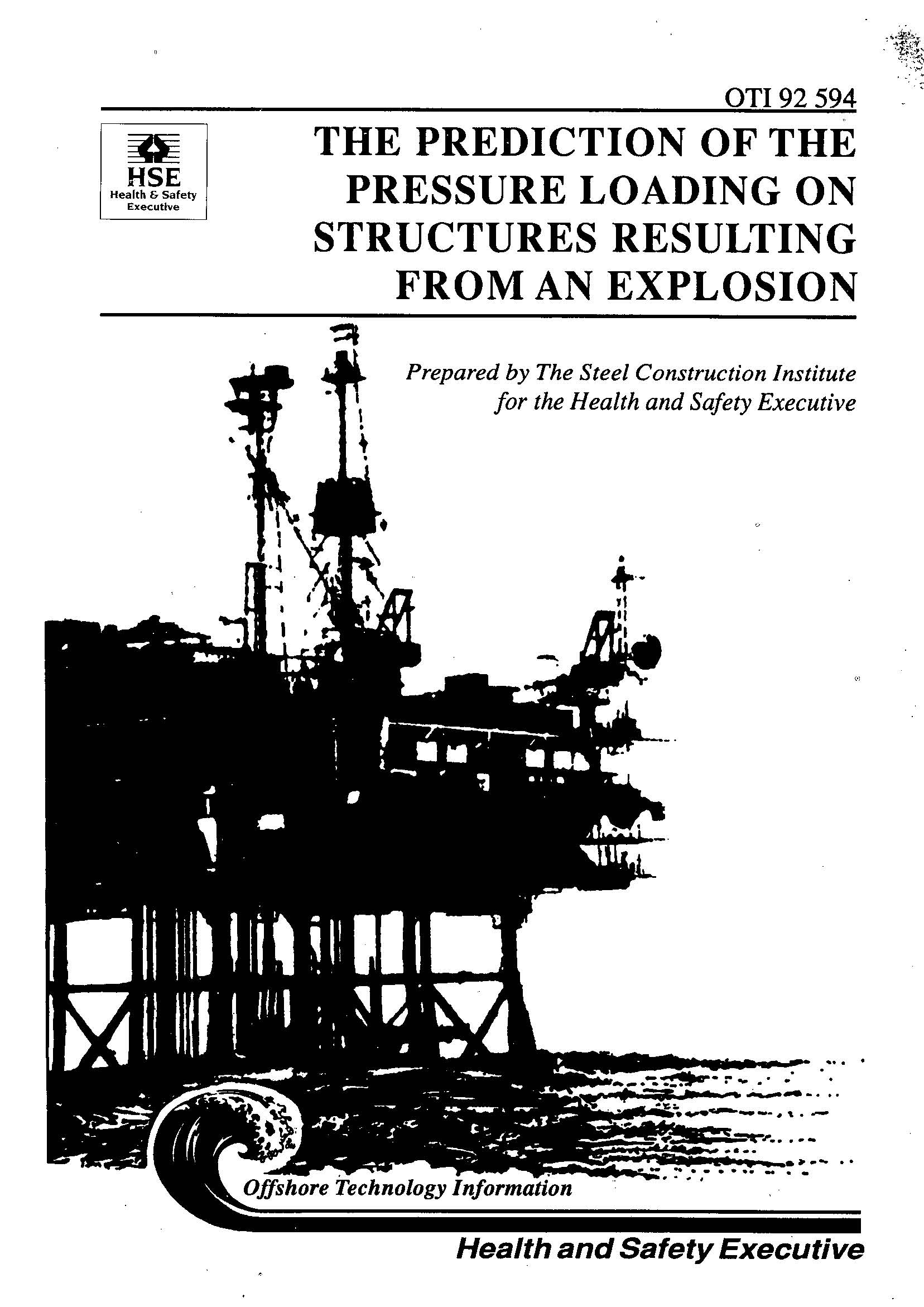 This report reviews information on theoretical and experimental research relevant to the prediction of loads on structures resulting from explosions in offshore modules. In the cases of the simplest explosion models and experimental data these properties can be inferred, provided the user has an adequate degree of insight into the explosion process. No clearly defined methodology currently exists. Some of the more comprehensive phenomenological models perform the load calculations automatically, but still rely on the textbook methods.

The approaches used for load prediction depend upon the particular method used to estimate the explosion behaviour. If the explosion estimate is made using simple empirical explosion models, phenomenological explosion models (see Work Packages BL2 and BL3) or experimental data, then the loads have to be inferred from textbook methods using estimates of the pressures, gas velocities and densities in the neighbourhood of the structure.

When a numerical simulator is used to predict the explosion behaviour then, in principle, it can provide the loads on those larger structures in the module which are adequately resolved in the calculation. The loads on smaller structures, which are not resolved adequately in the calculation are inferred from the pressure, gas velocity and density predicted by the simulator, once again using the textbook methodologies.

The loading on structures at large distances from the combustion region may typically be predicted using one of a number of 3-dimensional blast wave simulators which can account for obstructions to the blast wave. Classical methods which assume the blast is unimpeded are unsuitable.

Areas of uncertainty exist both in how to apply "textbook methods" to the offshore problem and in their accuracy when applied to the transient and variable density flows relevant to the explosion problem. There is not only a lack of directly relevant experimental data but even of proven instrumentation techniques capable of measuring loads directly under explosion conditions. The lack of data prevents assessments of the accuracies of steady and inertial drag coefficients. Further, the accuracy of numerical simulators which are in principle capable of predicting the loads under any explosion conditions are also limited by experimental validation. No assessment has been made of the relative accuracies of the numerical simulators used in explosion prediction and blast loading simulators, the latter of which commonly employ more accurate numerical methods.

The full report is publicly available from the HSE Website at www.hse.gov.uk/research/otipdf/oti92594.pdf.