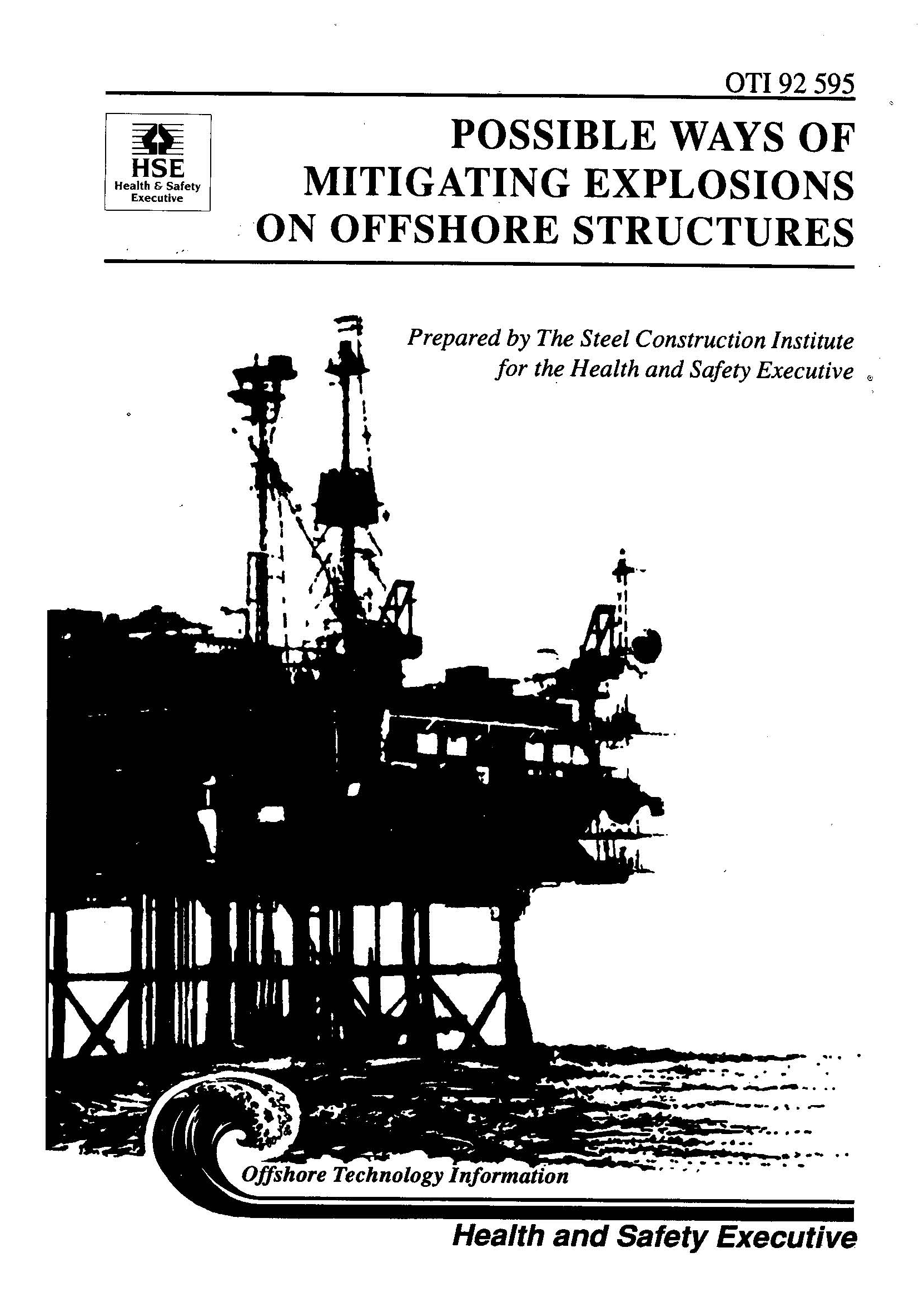 If not checked or relieved by appropriate design, explosions in offshore platforms have the potential to cause structural damage and lead to further much larger releases of fuel, escalating a relatively minor release into a major disaster. If a flammable cloud is partially or completely confined by walls or a roof within a volume containing pipework obstructions, then very high overpressures can be generated. Such a combination of congestion (pipework) and confinement is inevitably present on offshore platforms.

Where the consequences of an explosion are unacceptable, it may be necessary to consider ways in which either the overpressures generated or the effects on the platform might be reduced. This report reviews information relating to the mitigation of explosions on offshore structures. It concentrates specifically on methods which can mitigate the effects of an explosion given that a release of flammable gas is present and that ignition is possible. The report does not address means of reducing the likelihood of a release nor of removing potential ignition sources.

There is only limited use of explosion mitigation techniques on offshore structures. Current practices consist mainly of the use of blast walls to restrict the extent of any explosion. However, there is isolated use of explosion relief panels and suppressant systems and the use of the water deluge system as a mitigation technique is being actively pursued by at least one operator.

Those techniques other than explosion suppressant systems can only be assessed by the methods used to predict the overpressures generated by explosions in congested regions. The degree of validation of these techniques is insufficient, so it cannot confidently be predicted that specific applications, such as explosion relief panels, will reduce explosion overpressures to acceptable magnitudes. The complex interaction of suppressant with explosion flame is poorly understood. No suppressant system has been assessed in geometries identical to those in offshore modules, though water sprays have been used in similar geometries.

The full report is publicly available from the HSE Website at www.hse.gov.uk/research/otipdf/oti92595.pdf.