The effects of high strain rates on material properties 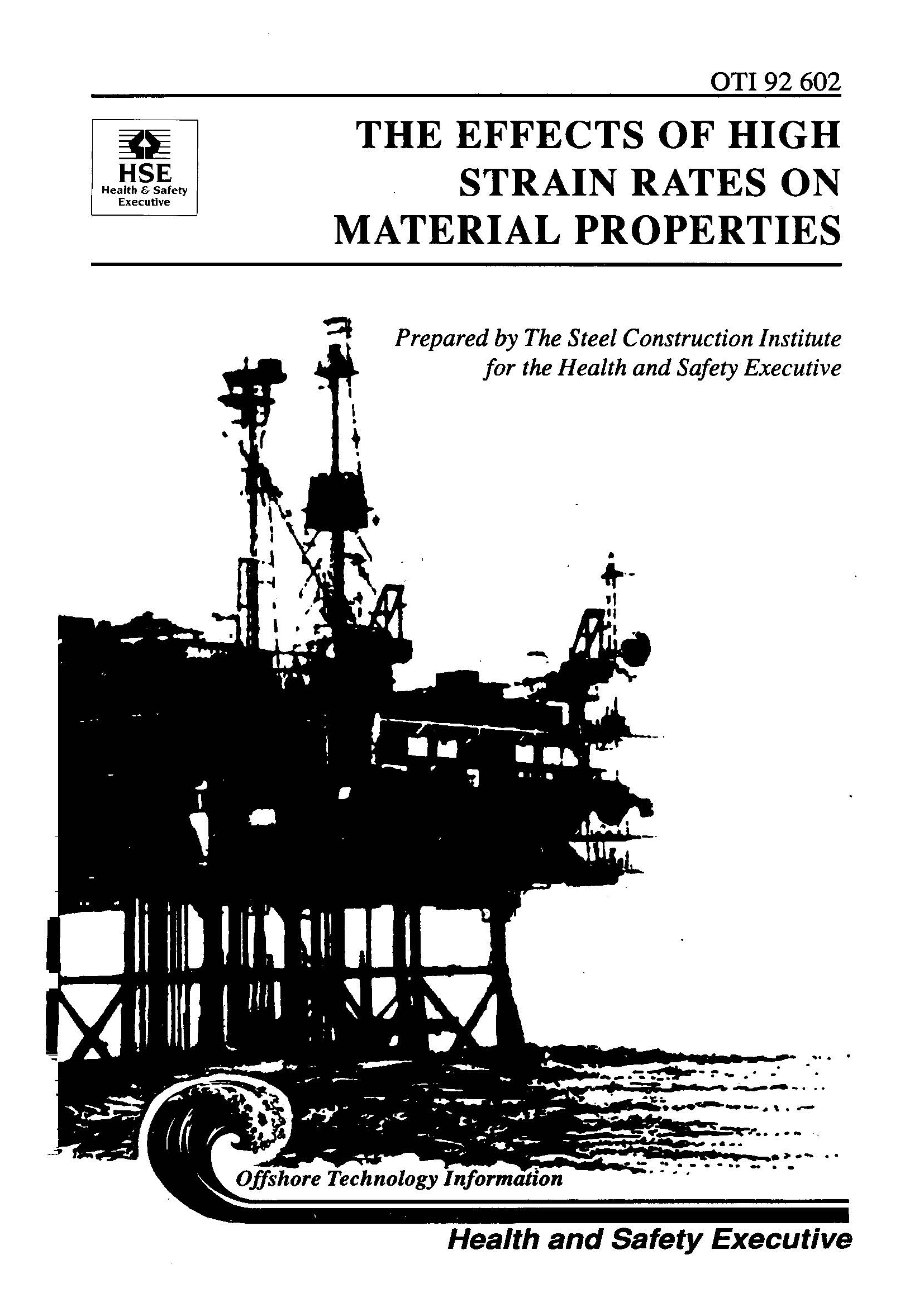 An extensive literature survey has been carried out on strain rate effects in steel. The reason for considering this effect is that its omission or inclusion in the design process could potentially influence the following:

Despite this major survey, it was found that there is virtually no work published on the strain rate behaviour of 50D steels. The survey, however, contains information on steels with similar carbon content. It must however be noted that most of the strain rate data for steel has been obtained at either temperatures substantially greater than ambient or at strain rates greater than those which would be expected as a consequence of a hydrocarbon explosion. As a consequence, the use of such experimental data in design has to be questioned.

The various parameters defining the shape of the stress-strain curve of steel are discussed and the sensitivity of each to strain rate and temperature are examined. Whenever possible, the behaviour is demonstrated through graphs reproduced from the original sources. There appear to be gaps of knowledge on the sensitivity of the UTS and rupture strain to strain rate for most steels. However, there is abundant information on the effect of temperature on a wide variety of steels. This comes mainly from the metal forming industry.

The report also contains a survey on the various constitutive relationships used in the literature to describe the stress-strain behaviour. A discussion is given on the inclusion of effects such as strain-hardening, temperature and large deformation. The fracture behaviour is discussed and it is suggested that no direct correlation has been identified between fracture toughness and constitutive equation.

At present, the inclusion of strain rate effect in design/analysis is based on the utilisation of the Cowper-Symonds relationship. This is discussed and certain proposed modifications identified.

Although the report primarily covers steel, a discussion is also presented on glass fibre reinforced composites, an area which offers very little in the way of applicable experimental results, but which has been included as it is a material currently being considered for blast wall applications.

The full report is publicly available from the HSE Website at www.hse.gov.uk/research/otipdf/oti92602.pdf.