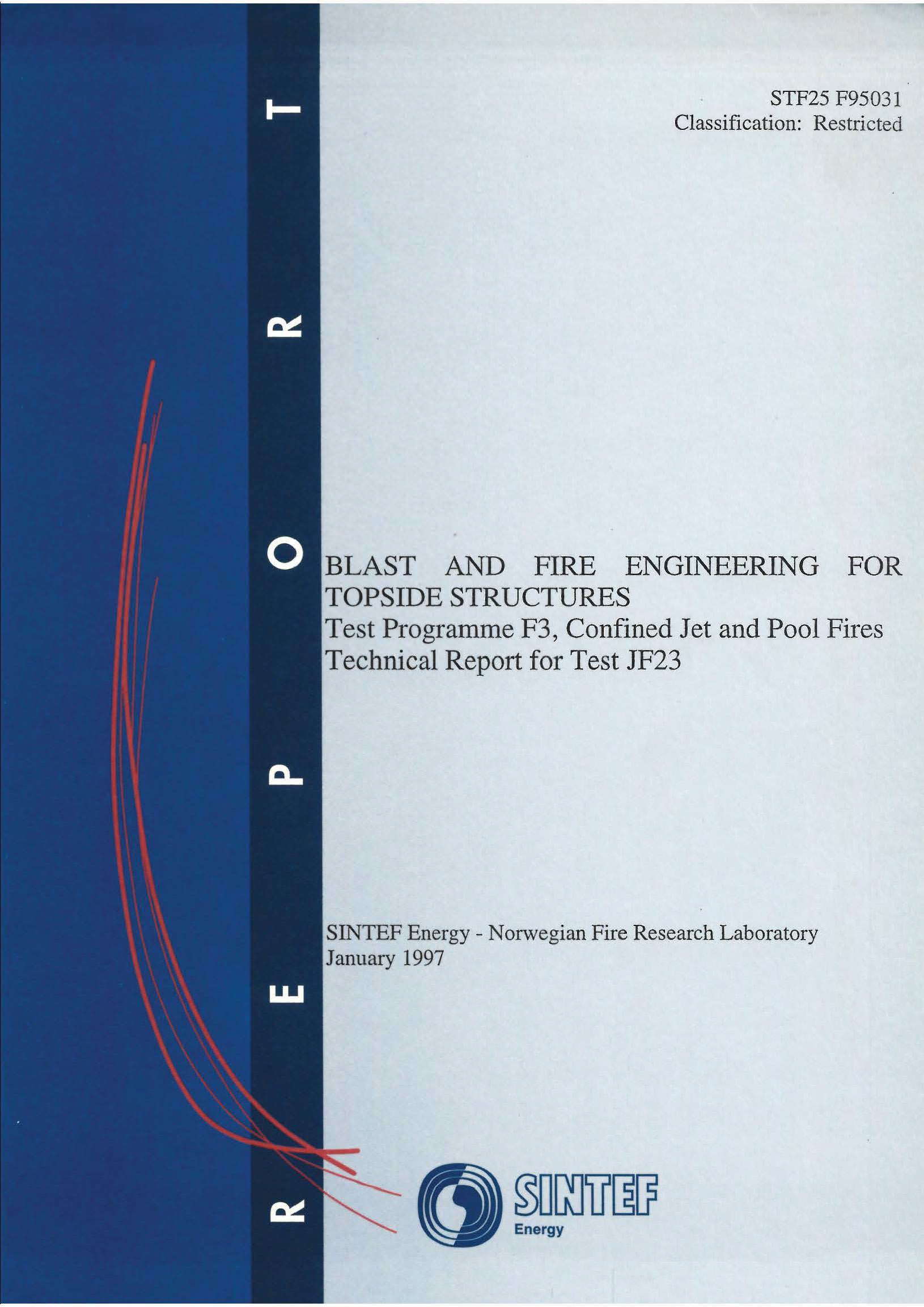 SINTEF Energy - Norwegian Fire Research Laboratory has the task to carry out a series of fire tests with confined jet and pool fires, according to the test programme F3 of Blast and Fire Engineering for Topside Structures. This report is for jet fire test JF23.

Jet fire test JF23 is representing a vertical release of condensate (a liquid fraction from an oil refinery) at low level in a 135 m3 enclosure. The general fire behaviour, such as flame geometry and characteristics, temperature field and heat load from naturally ventilated fires was studied. The main purpose of test JF23 was to reproduce a test from an earlier experimental series, with condensate (a liquid fraction from an oil refinery) as fuel instead of propane. The purpose was also to establish a basis for scaling from 135 m3 to 415 m3 enclosure size and to look at the effect of the release pressure to the fuel.

The general fire behaviour depending on enclosure geometry, ventilation arrangement and fuel release parameters is also studied in the test programme. This test represents an under-ventilated fire with a vertical jet release at low level. The flow of fuel was 0.30 kg/s, with an average release pressure of 7.5 bar. The fire was under-ventilated, with a variation of air-to-fuel equivalence ratio of 0.70±0.18.