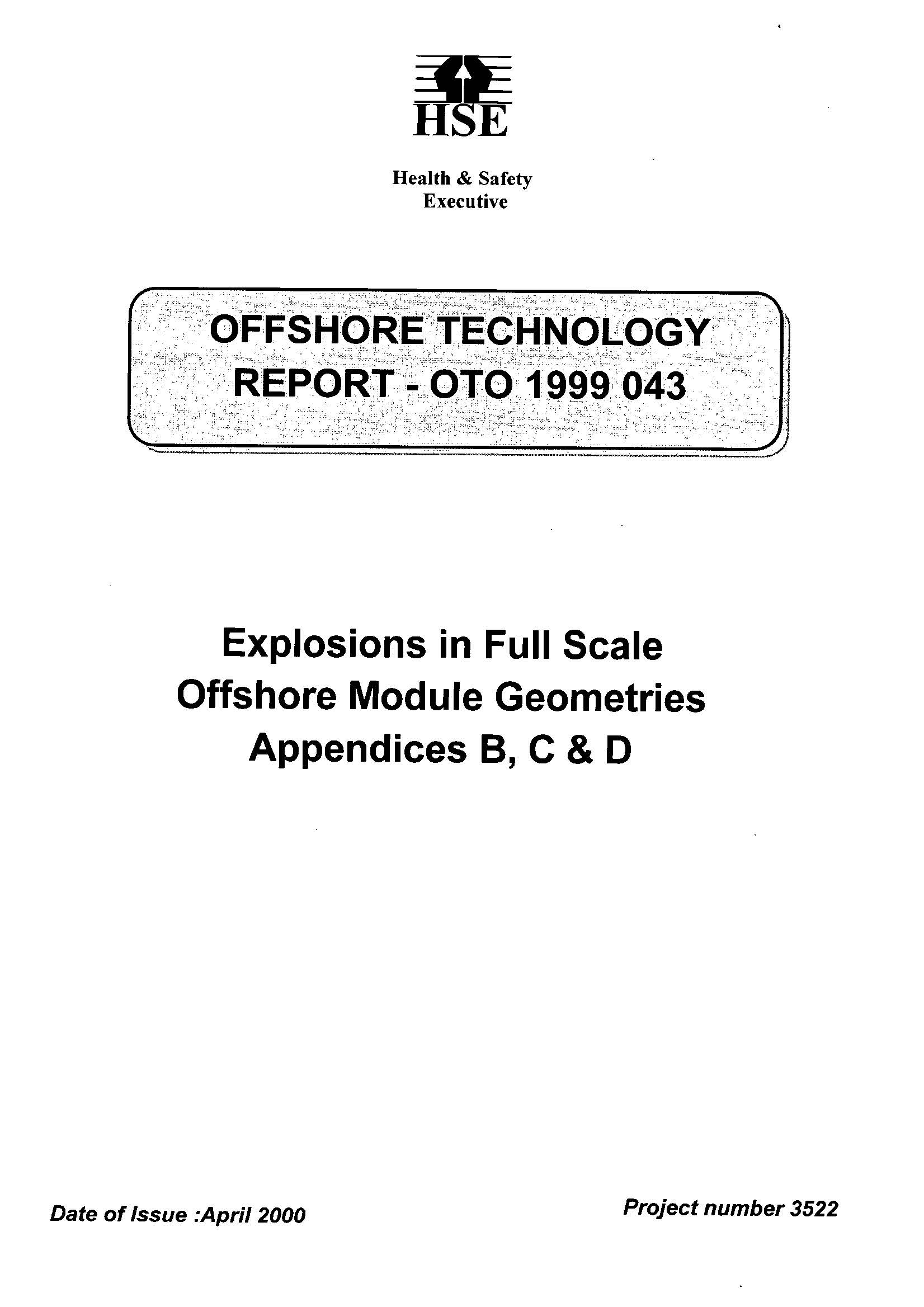 This report consists of Appendices B, C & D of the BFETS Phase 3a report. These include the recordings measured by the following instrumentation during the explosion experiments:

The full report is publicly available from the HSE Website at www.hse.gov.uk/research/otopdf/1999/oto99043d.pdf