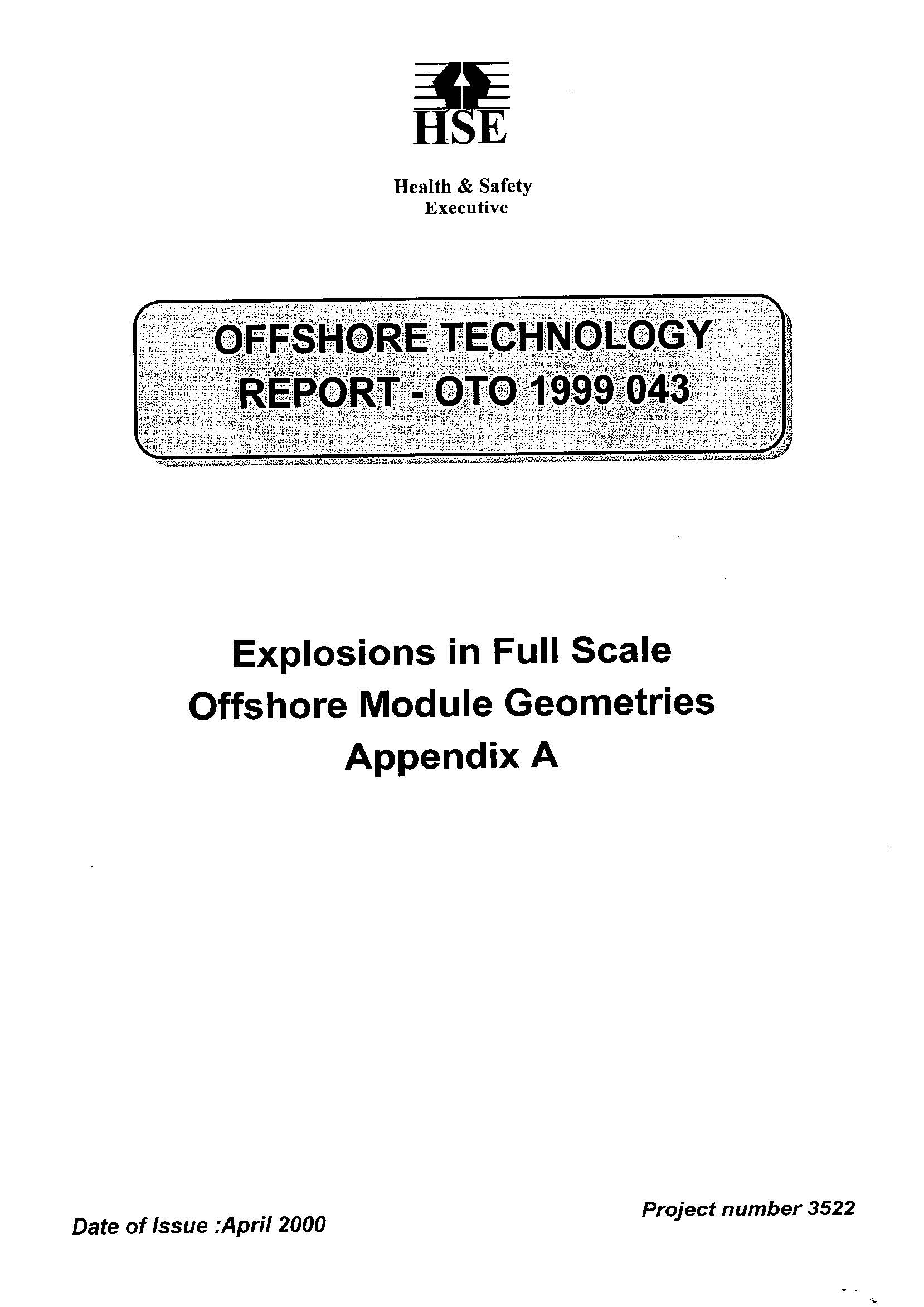 This is Appendix A of the BFETS Phase 3a report, which comprises all the plots of overpressure vs. time recorded by the pressure transducers located inside the test rig for the 45 explosion experiments.

The full report is publicly available (in two volumes) from the HSE Website at:

Next
Back to Available Documents
Publisher: HSE
Published in: 2000
Keywords:
BFETS Phase 3a / Appendix A / Overpressures recorded inside the test rig