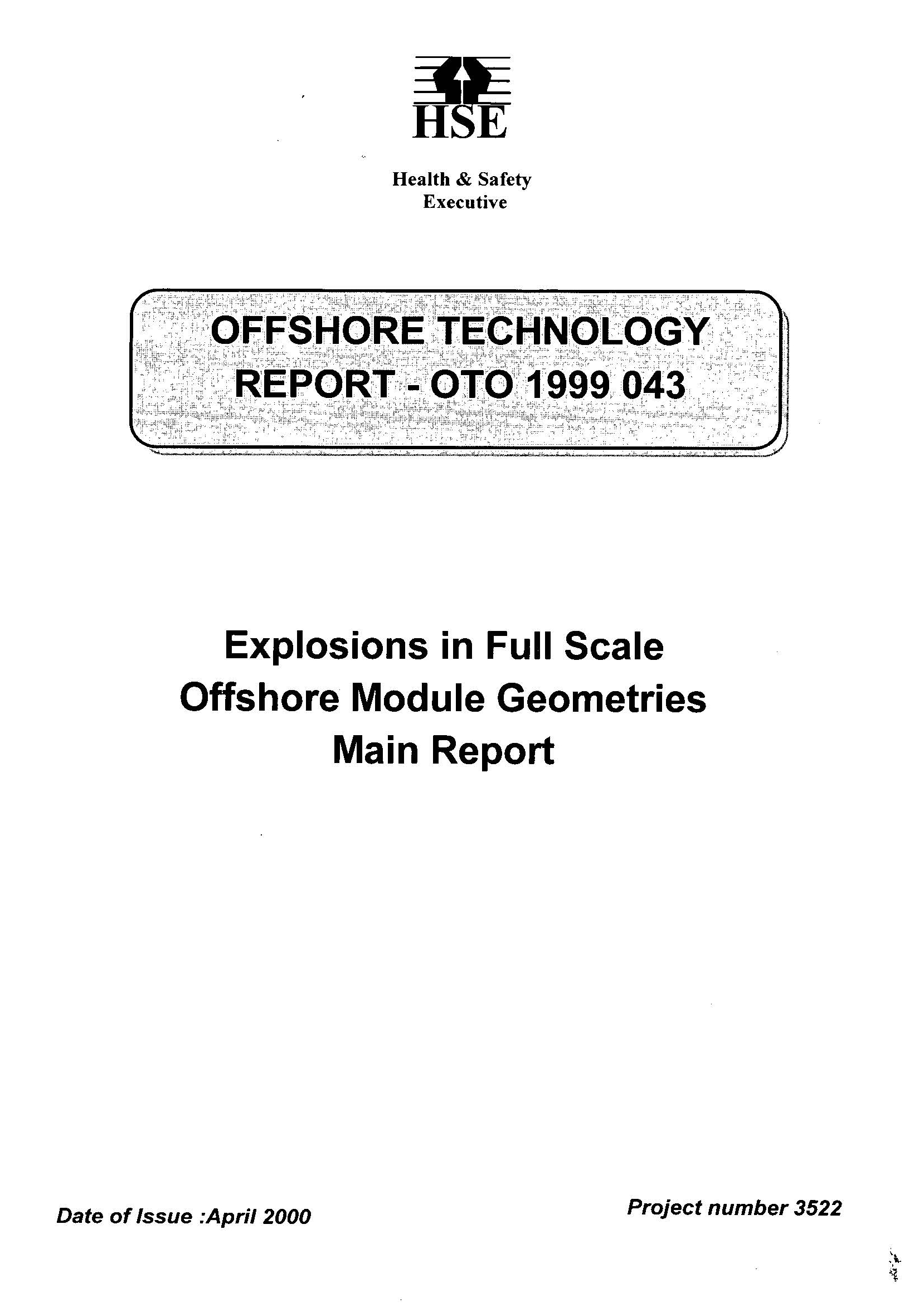 This is the main report for BFETS Phase 3a.

In 1997, Phase 2 of the BFETS project was completed and the results showed that high explosion overpressures could be generated for certain configurations and that water sprays activated prior to ignition could significantly reduce these overpressures. This led to an initiative by the HSE to obtain further data which explored the mechanisms which led to high overpressures and ways of mitigating them, for example, by reducing perimeter wall confinement and by the use of water deluge. The overall objectives of the work were to:

The full report is publicly available from the HSE Website at www.hse.gov.uk/research/otopdf/1999/oto99043a.pdf