On the modelling of gas explosions: A historical review 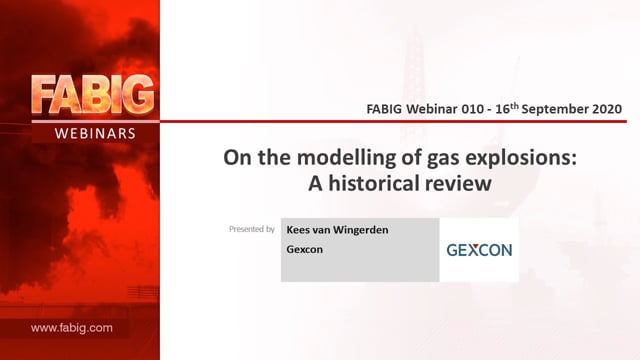 This webinar covers the attempts that have been made through the years to model the effects (especially overpressure and drag) of gas explosions in congested areas, starting more or less from the mid-seventies during the aftermath of the Flixborough vapour cloud explosion until now. The models that are addressed include models describing the blast generated by vapour cloud explosions up to advanced models such as CFD-models aiming at describing the processes occurring during the interaction between combustion and combustion generated flow fields and turbulence within congested areas such as offshore modules and refineries. Whereas the main aim of the development of the models was to be able to predict the consequences of explosions, some of the models can also be used to design mitigation measures beyond the strengthening of critical safety elements.

Next
Back to Online Lectures
Recorded in: September 2020
Keywords:
Explosion modelling