A look back on developments in fire modelling 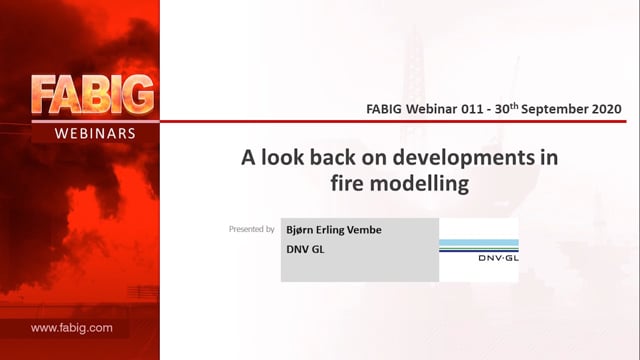 Mathematical modelling of fire stretches back to the 50's and 60's. The first models were based on dimensional analyses and correlations derived from experiments. The most famous are the Thomas correlation from the early 60's which is used for calculating flame heights from pool fires and later the Heskestad plume correlation which gives the flow conditions in fire plumes. Later in the 70's, when computers became available, compartment fire models and structural heat conduction models became tools available for engineers. The first compartment fires were typically calculated by one or two zone models where fire, mass and heat transfer between the zones were resolved by simple correlations.

As data power increased, Computational Fluid Dynamics (CFD) codes have enabled us to directly calculate the flow fields and made it possible to analyse far more general and complex geometries. Simple correlations are still useful in relevant contexts. When simple correlations come short, it is quite common nowadays to use CFD codes to simulate fires. Today’s CFD tools for fire and explosions contain several sub-models for combustion, toxicity, soot and radiation. Furthermore, fire loads are directly integrated with structural response. CFD tools give the ability to evaluate fire risks, complete structural response including also the effect of passive fire protection (PFP), smoke spread and influence on human response and evacuation. The effect of active fire protection measures such as deluge, water monitors, curtains, etc. on both fires and structures can also be accounted for in CFD simulations.

Next
Back to Online Lectures
Recorded in: September 2020
Keywords:
Fire modelling