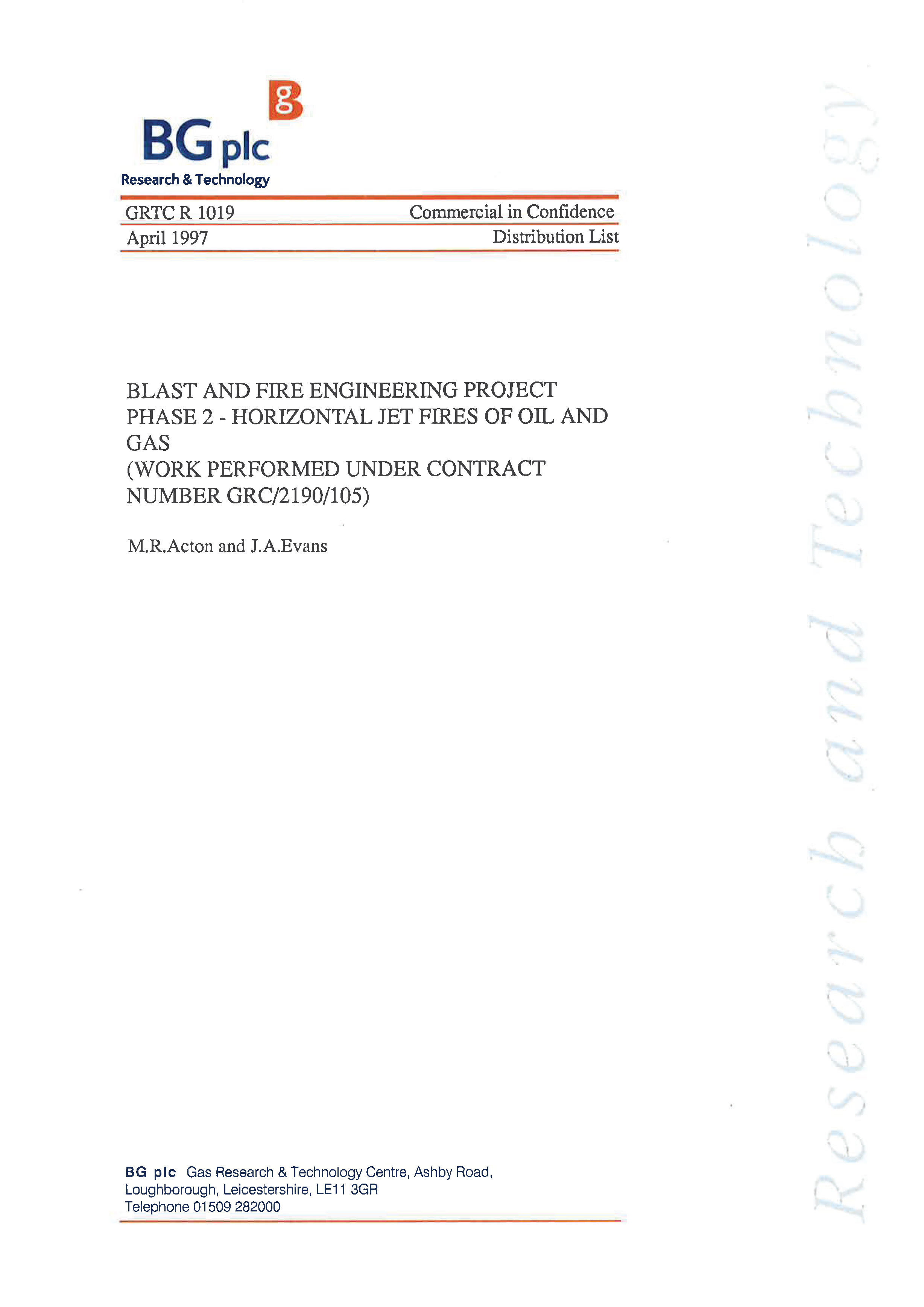 In May 1990, the Steel Construction Institute (SCI) launched the industry sponsored ‘Blast and Fire Engineering Project for Topside Structures’. As part of Phase 2 of this project, a programme of large scale experiments to study horizontal jet fires has been carried out by BG Research and Technology (R&T) under contract GRC/2190/105 to the SCI. The aim of these tests was to study free jet fires of stabilised light crude oil and mixtures of stabilised light crude oil and natural gas, and similar fires impinging on a cylindrical pipe target. These tests were performed at the BG R&T Test Site at Spadeadam in Cumbria, U.K.

A programme of twelve horizontal jet fire tests was undertaken involving releases at 5 kg/s of light crude oil and gas:oil mixtures in the ratio 1:4 and 2:3 by mass. Six tests were free flames released at an absolute pressure of either 20 bar or 7 bar, and a further six tests (all at 20 bar) involved impingement onto a 0.9 m diameter cylindrical pipe target at distances of 9 m and 15 m from the release point. In all tests, measurements were taken of the external flame characteristics (including flame geometry, external thermal radiation field, flame surface emissive power (SEP) and infra-red emission spectrum) in addition to measurements of the fuel flow conditions and meteorological conditions. During the impingement tests, measurements were also taken of the total and radiative heat fluxes incident on instruments maintained at 60°C.

The key results were: