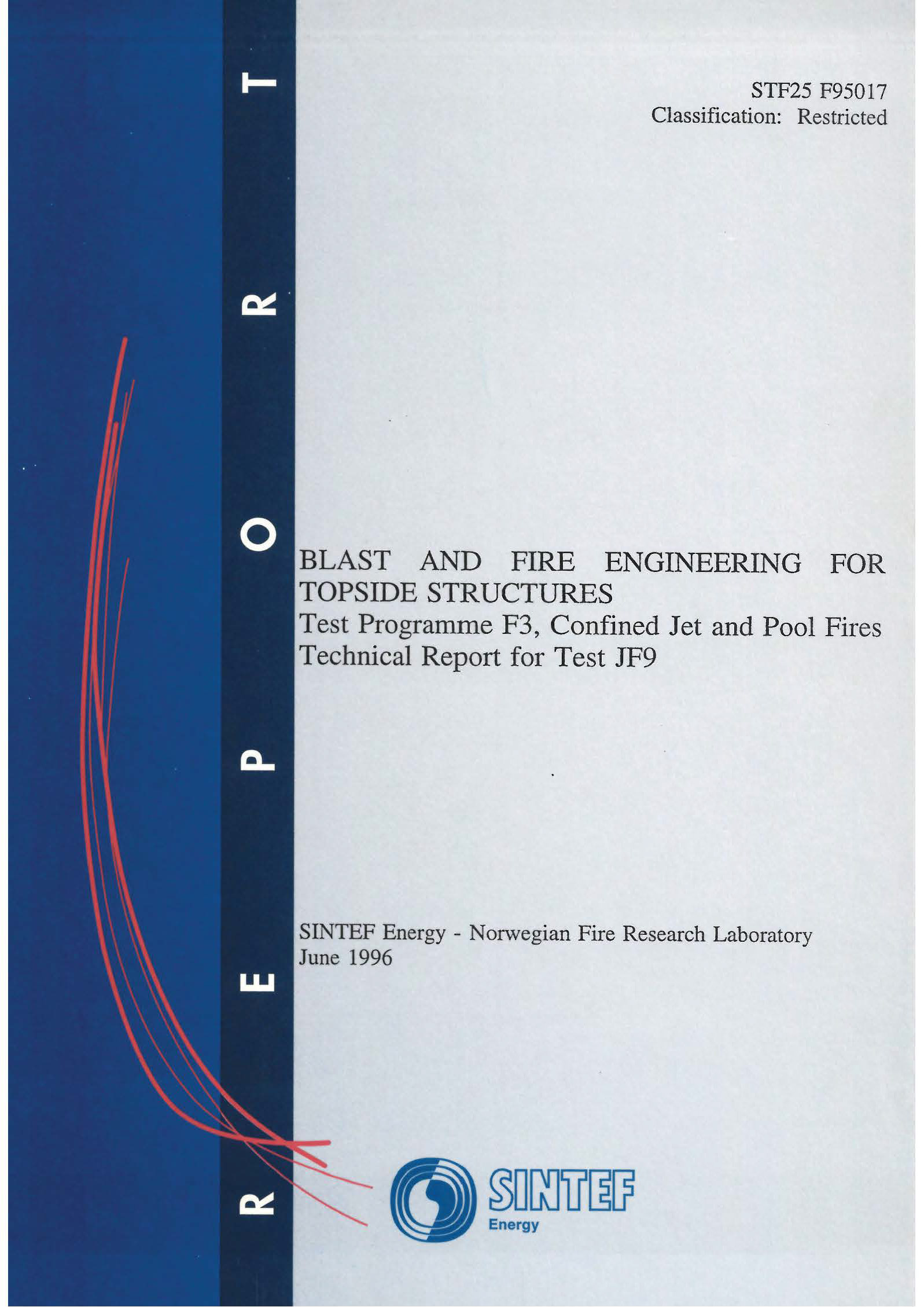 SINTEF Energy - Norwegian Fire Research Laboratory (NBL) has the task to carry out a series of fire tests with confined jet and pool fires, according to the test programme F3 of Blast and Fire Engineering for Topside Structures. This report is for jet fire test JF9.

The jet fire test JF9 represents a horizontal release of condensate (a liquid fraction from an oil refinery) pointing inwards from the ventilation opening, into a 415 m3 enclosure.

The general fire behaviour such as flame geometry and characteristics, temperature field and heat load from this naturally ventilated fire was studied. The main purpose of jet fire test JF9 was to find the influence of jet orientation on fire behaviour. The fuel release rate was 0.95 kg/s, with a release pressure of 10.8 bar, keeping the ventilation opening fixed at 3.45 x 2.81m.

Due to problems with temperature measurements at the opening, the air-to-fuel equivalence ratio is calculated for the in flow as in other test, but the out flow is calculated using estimated temperatures. The fire became under-ventilated soon after ignition, with an air-to-fuel equivalence ratio into the compartment of 0.58±0.15 and out of the compartment of 0.69±0.18.