The Public Inquiry into the Piper Alpha Disaster, The Hon Lord Cullen 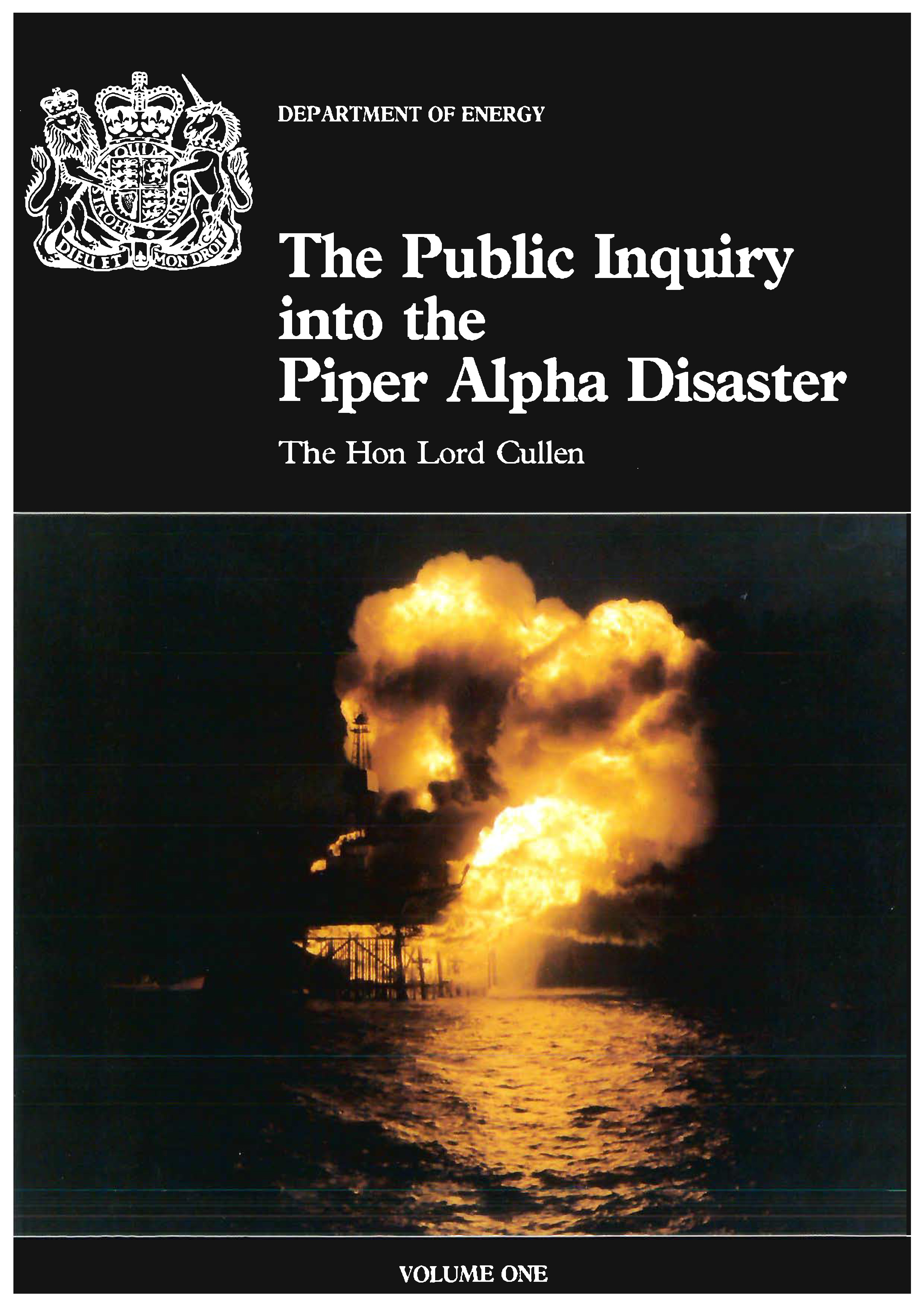 On 6th of July 1988, the Piper Alpha disaster claimed the lives of 167 people and completely destroyed a billion dollar platform. This accident, which remains the worst offshore accident to date, drew the attention of the offshore industry and the regulators to the devastating effects that could arise in the event of an explosion and fire on an offshore platform, and warranted dramatic reforms.

A public inquiry headed by Lord Cullen was ordered by the British Government. The inquiry, which lasted 13 months, sought answers to the two following questions:

Lord Cullen made a total of 106 recommendations proposing far reaching changes, which were all accepted by the government and industry, and which have profoundly transformed the offshore regulatory and operating environment worldwide.

This report in two volumes is the final report on the public inquiry into the Piper Alpha platform disaster in the North Sea headed by Lord Cullen. Volume 1 describes the findings of the investigation into the disaster as well as the background to the disaster, and Volume 2 looks to the future and lists Lord Cullen's recommendations.

Some of the resources listed in the 'Publications available through FABIG' section of the website are free of charge to all, whilst others can be purchased by either FABIG Members and non-Members. The format of the Publications that are available for purchase (electronic PDF document or hardcopy) is specified in the above description as relevant.