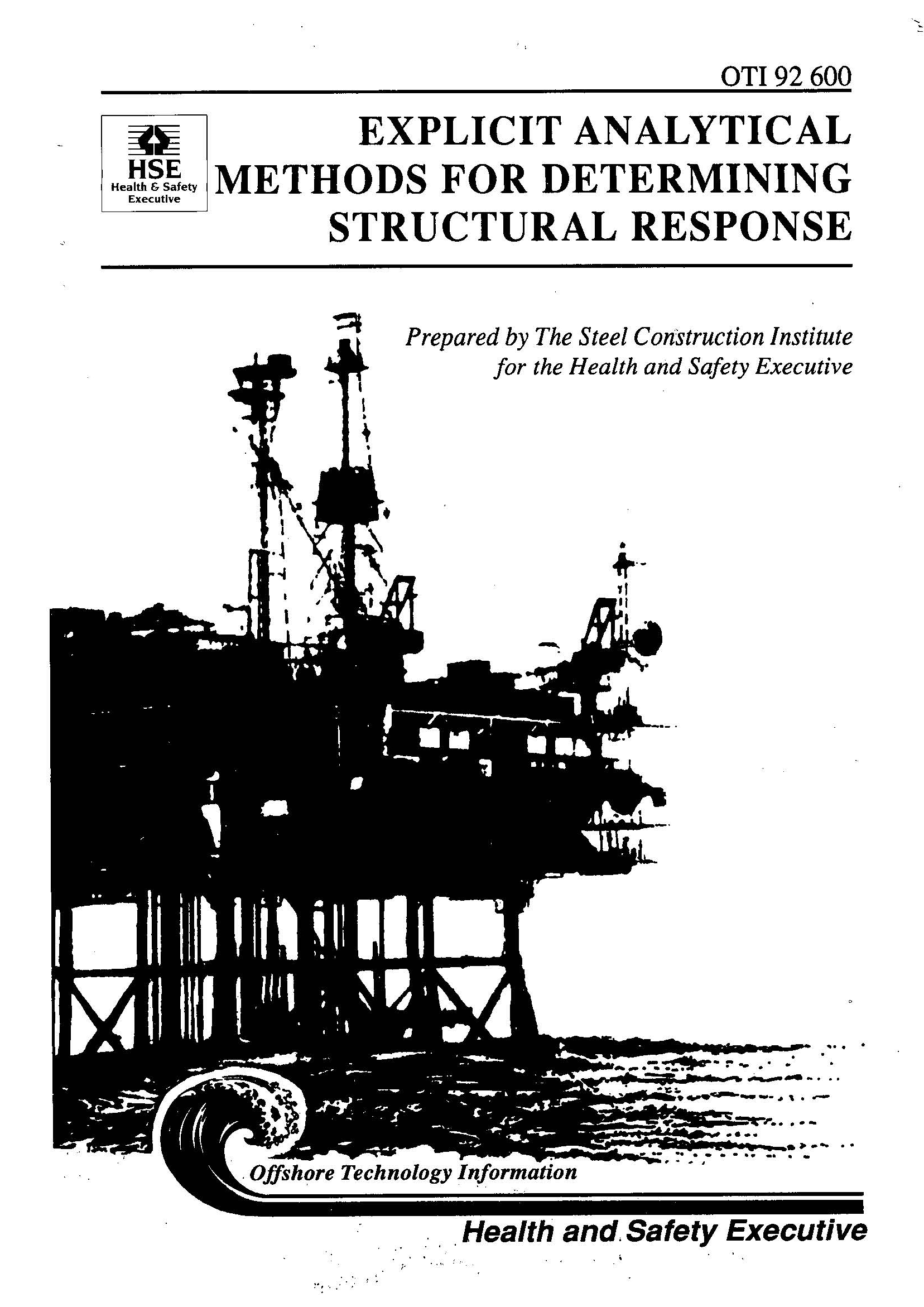 This report reviews simplified methods of analysis for determining structural response due to blast loading on offshore platforms. Blast loading results from a very low probability postulated event, so it may generally be assumed that the stresses and strains are permitted to exceed those normally utilised as a limit in conventional elastic design. With such a severe loading condition the deflections of some components can be expected to pass through the elastic into the plastic range.

The main objective of the reports is to set out the present capabilities of the methods reviewed and identify areas of uncertainty.

The process of structural analysis can be set in a simplified format which makes it appropriate for routine calculations and design programs. Simplified approaches can often be used to predict structural response due to blast loading with acceptable accuracy when the problem formulation and subsequent analysis considers non-linear dynamic behaviour.

The present assessment of simplified methods focuses on two approaches, namely an energy balance procedure proposed as an approximate solution for special load cases and the solution of an equivalent system with one degree of freedom.

In the first approach, an approximate solution by means of an energy balance procedure is used to determine the end state of a response for special load conditions. These conditions apply to a short-duration and a long-duration transient load relative to the natural period of the structure referred to as impulsive and quasi-static respectively.

Both these methods are suitable, subject to their limitations, for predicting responses of relatively simple structural components like beams and plates. The simplified approach generally adopted by the offshore industry is that of non-linear dynamic analysis using an equivalent one-degree-of-freedom system.

A review of the structural codes used by the offshore industry revealed that the codes most suitable for blast design are the CIA guidelines, ASCE 42 and ASCE 58.

Simplified methods of analysis, due to their versatility, allow the engineer to bound the problem under investigation and to assess if non-linear dynamic finite element analysis should be used.

The full report is publicly available from the HSE Website at www.hse.gov.uk/research/otipdf/oti92600.pdf.